Because traceability within the food chain is becoming increasingly important, but also because any waste of energy is out of the question, Prefamac Chocolate Machines has developed its Clooney1 tempermeter. Any form of over- or under-crystallised chocolate must be avoided in the tempering process, and measuring is knowing. Wasting energy by tempering again and again until a correct result is achieved must be avoided. 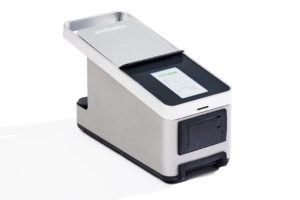 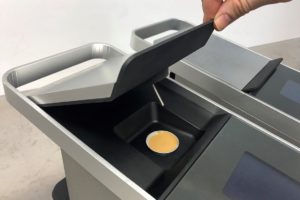 The big advantage of the Prefamac Clooney1 tempermeter is that the temper index is known within 5 minutes ! This is super-fast, and ensures that operators are also quicker to perform this necessary check. 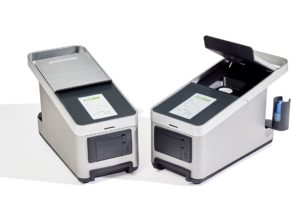 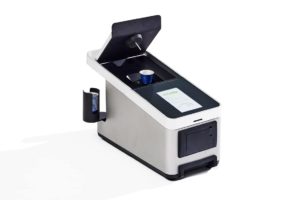 The design of the Clooney1 with coffee cups (😊) is not only beautiful, but has a fully worked-out function for quality, ease of use and solidity :

But what exactly is this tempering process and determining the temper index ? 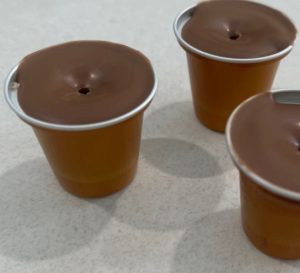 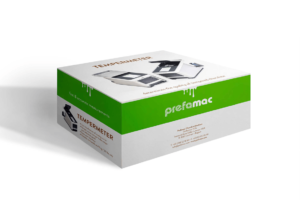 Beta V type crystals in particular provide a pleasant hardness, a shiny solid texture and a typical hollow sound when breaking (or biting into) the chocolate. Tempering is the process of obtaining these stable Beta V crystals. A tempermeter measures the quality of the tempering or tempering process of chocolate, which has been tempered via a manual or automatic method. Tempering is therefore the most important measurement that should characterize chocolate, which is why Prefamac has developed a tempermeter.

A tempermeter functions through the physical properties of chocolate to determine a temper score or temper index. The chocolate sample is inserted into an isothermal cooling element. Chocolate gives off ‘latent heat’ during its cooling process when it passes from a liquid state to a solid state (crystallizes).

This transition or phase transition is visible on the tempermeter screen. When and how fast this crystallization process occurs depends on the degree of tempering of the chocolate. In this way, a distinction can also be made between under-, over- and correctly tempered chocolate to determine what the quality of the final product will be. 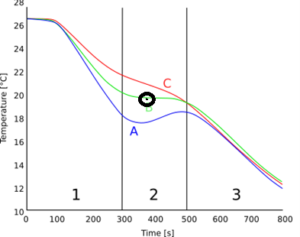 Once this cooling process is complete, the TI or temper index appears, which is a digit. A digit with one decimal unit behind it. This digit should preferably be between 4 and 6. Please note, the common manual tempering machines ‘without PLC’ so with a circuit board or PSB are usually limited to a score 3, which is rather (too) low.

The full user manual for the Clooney1 when you buy it is of course much more detailed. This is also the case for the safety and maintenance instructions.